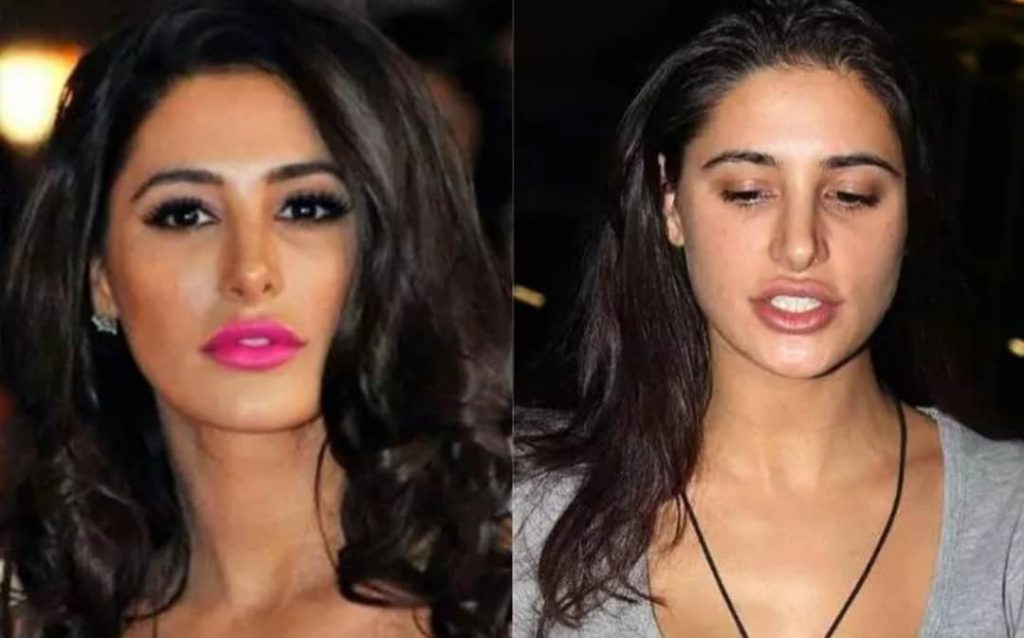 Nargis Fakhri with and without makeup photo. Nargis Fakhri is an American actress and model who primarily works in Indian Hindi-language films. Her first role in a film came with the 2011 romantic drama Rockstar, for which she was nominated for Filmfare Award for Best Female Debut