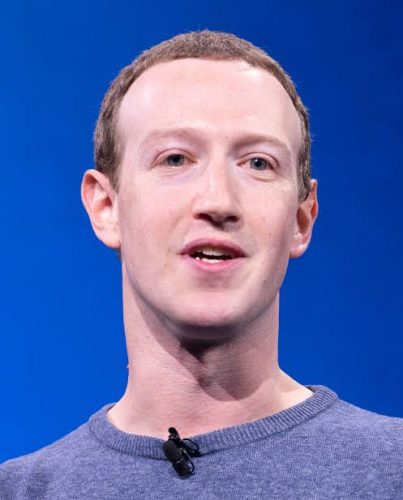 Most Talented Young Entrepreneurs that Changing the World Mark Zuckerberg is no. one on the List. Mark Zuckerberg is an American media magnate, internet entrepreneur, and philanthropist. He is known for founding the social media platform ‘Facebook’. Zuckerberg attended Harvard University, where he launched Facebook in February 2004. At the age of 23, he became the world’s youngest self-made billionaire. He founded the Start-up: Education foundation.

In December 2012, he donated 18 million shares to the ‘Silicon Valley Community Foundation’, a community organization that includes education in its list of grant-making areas.’The Chronicle of Philanthropy’ placed Zuckerberg and his wife at the top of the magazine’s annual list of 50 most generous Americans for 2013, having donated roughly $1 billion to charity.

On 13 February 2013, he hosted his first-ever fundraising event for New Jersey Governor ‘Chris Christie’. Zuckerberg was ranked tenth on the Forbes list of The World’s Most Powerful People in 2016. In the same year, ‘Business Insider’ named him in the list of the “Top 10 Business Visionaries Creating Value for the World”.

On 25 May 2017, at Harvard’s 366th commencement Day, Zuckerberg, after giving a commencement speech, received an honorary degree from Harvard. In 2019, he laid plans to integrate an end-to-end encrypted system for three major social media platforms Facebook, WhatsApp, and Instagram.

He is a board member of the solar sail spacecraft development project ‘Breakthrough Starshot’. He was part of the documentary film ‘Terms and Conditions May Apply’. Zuckerberg was named on the list of 100 most influential people in the world. 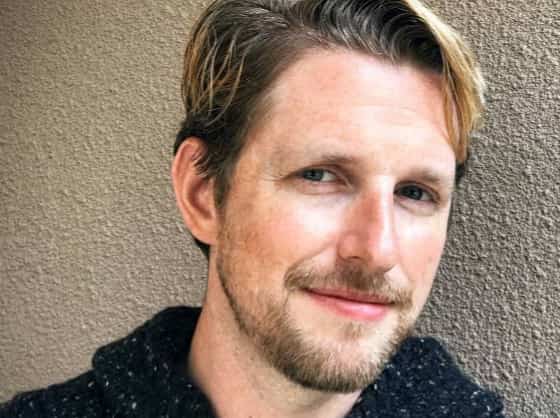 Matt Mullenweg is an American entrepreneur and web developer. He is known for developing the free and open-source web software ‘WordPress’. After dropping out of the University of Houston, he worked at CNET Networks. He co-founded the Global Multimedia Protocols Group with ‘Eric Meyer’ and ‘Tantek Celik’.

In 2004, he was recruited by CNET to work on WordPress for them and help them with blogs and new media offerings. Mullenweg left CNET in October 2005 to focus full-time on WordPress and related activities. He founded the company ‘Automattic’. In January 2006, he recruited former Oddpost CEO and Yahoo! executive ‘Toni Schneider’ to join ‘Automattic’ as CEO.

He runs an angel investment firm ‘Audrey Capital’ to help innovative ideas grow. In 2008, he raised an additional $29.5 million for the company ‘Automattic’ from Polaris Venture Partners, True Ventures, Radar Partners, and the New York Times Company. In January 2009, the ‘San Francisco Business Times’ reported that traffic to WordPress sites was growing faster than for Google’s blogger service.

In an interview with ‘Power Magazine’, he revealed that the company has seen a 10% month-on-month organic growth with more than 15,000 new blogs hosted by WordPress each day. Power Magazine gave him the name ‘The Blog Prince’. In 2011, WordPress blogs pass the 50 million milestone. In April 2012, Pingdom reported that “WordPress completely dominates top 100 blogs” and is in use by 49% of the top 100 blogs in the world. Mullenweg became the CEO of ‘Automattic’ in 2014.

In the same year, he raised $160 million in additional funding for the company, valuing the company at over a billion dollars, and WordPress was cited as powering 22 percent of the world’s top 10 million websites. He served as a board member for GitLab, Inc. Mullenweg was named in the list of the 50 most important people on the web by “PC World”. He was featured on the cover of ‘Linux Journal’. 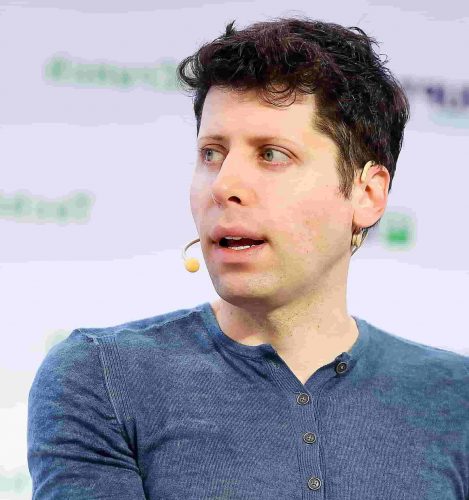 Sam Altman is an American entrepreneur, investor, programmer, and blogger. He is the CEO of ‘OpenAI’ and the former president of ‘Y Combinator’. At the age of 19, he co-founded and became CEO of ‘Loopt’. Later it was acquired by the ‘Green Dot Corporation’ for $43.4 million.

He is chairman of the board for Helion and Oklo, two nuclear energy companies. Once in an interview, he said that nuclear energy is one of the most important areas of technological development. He was listed as one of the five most interesting startup founders between 1979 and 2009. 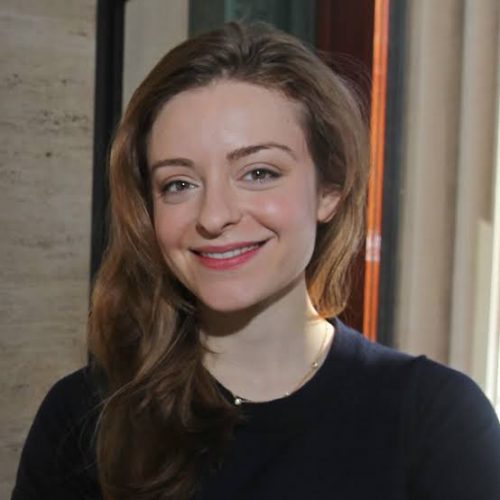 Leslie Dewan is an American nuclear engineer. She was the co-founder and chief executive officer of ‘Transatomic Power’. It was founded to design and develop a molten salt reactor (Generation IV reactor) to generate clean and low-cost nuclear power. She was named on the list of 30 Under 30 in Energy by ‘Forbes Magazine’.

In September 2013, MIT Technology Review recognized her as one of 35 Innovators Under 35. TIME magazine selected her as one of “30 People Under 30 Changing the World”. She appeared in the television documentary series ‘Uranium – Twisting the Dragon’s Tail’. Dewan was part of the television program ‘Nova’. In 2019, she hosted National Geographic Partners’ web-based series ‘Electric Earth’. She was named a Young Global Leader by the World Economic Forum. 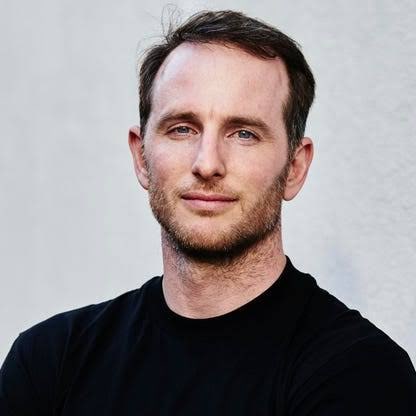 Joe Gebbia is an American entrepreneur and designer. He is a co-founder of Airbnb and is chairman of Samara, Airbnb’s design studio, and of Airbnb.org, the company’s non-profit foundation. After graduating from RISD, Gebbia moved to San Francisco.

He convinced his friend ‘Brian Chesky’ to join him in San Francisco to start a company together in 2007. Gebbia created Obama O’s’ and Cap’n McCain’s, two Airbnb-branded kinds of cereal to sell online during the height of the 2008 election fever. They found a small manufacturer in Berkeley who agreed to fabricate 1,000 cartons in exchange for a cut of the royalties. The team bought generic ‘Cheerios’ and ‘Chex’ and transplanted the cereal into their own boxes. The boxes, which cost $40 each, received national coverage from CNN. In March 2009, the name of the company was shortened to Airbnb.com.

Later he launched a modular office furniture business called ‘Neighborhood’. On 10 December 2020, Airbnb became a public company via an initial public offering, raising $3.5 billion. In November 2021, his estimated net worth was the US $11.4 billion. He is a member of the board of trustees at ‘Rhode Island School of Design’.

He serves on the Advisory Council for United Nations (UN) High Commissioner for Refugees. Gebbia made donations to service-led companies and projects, including Thorn, Educate Girls, Salk Institute Harnessing Plants Initiative, and the TED Audacious Project. On 25 May 2022, he was the graduation speaker at his alma mater, ‘Brookwood High School’ and gifted 22 shares of Airbnb stock to all 890 graduates. 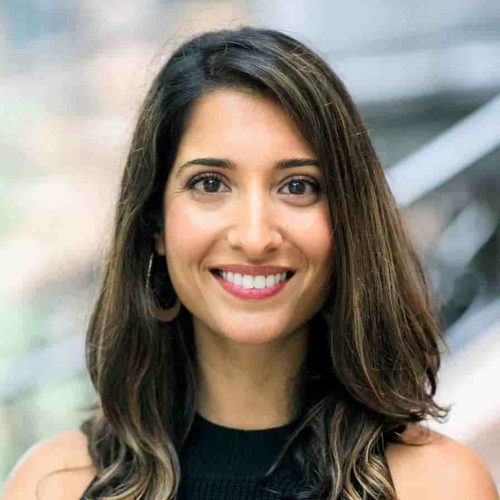 Shivani Siroya is the founder and chief executive officer of ‘Tala’ a smartphone lending app. In 2011, she founded the app to offer instant credit scores to people in underrepresented markets such as India, Kenya, Tanzania, and the Philippines. In April 2018, the app secured $65 million in funding from ‘Female Founders Fund’, ‘Lowercase Capital’, and ‘Revolution Capital’. Its total funding is over $105 million.

Prior to founding Tala, Siroya worked for the ‘UN Population Fund’. She got the opportunity to work at Citi, UBS, and Credit Suisse. She was nominated as a Wired Icon by ‘Melinda Gates’. The app also acts as a lender and has granted more than $225M in microloans as of 2018. Siroya was named an Ashoka Fellow for her innovative solutions to social problems and potential to change patterns across society. She was named in the list of Forbes 40 under 40. 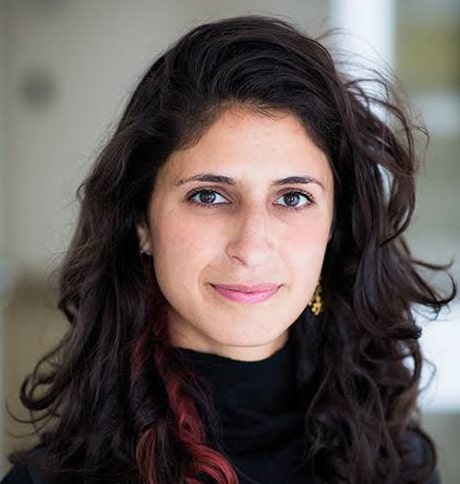 Nina Tandon is an American biomedical engineer. She is the CEO and co-founder of ‘EpiBone’. As a biomedical engineer, she worked at Columbia University to force the growth and stimulation of cells using electrical currents. Tandon has grown cells on rat hearts, to beat, but her ultimate goal is to have the ability to create a process where scientists can grow entire human organs.

She has participated in marathons. She was also named a Wired innovation fellow. The American news publication ‘Foreign Policy’ has honored her as a Global Thinker. L’Oréal Paris named her as one of its Women of Worth in the science and innovation category. Tandon also has three patents. She was a recipient of Marie Claire’s Women on Top Award. She has worked on the development of LibraNose, analyzing patient breath samples to determine the feasibility of a noninvasive cancer-smelling device. 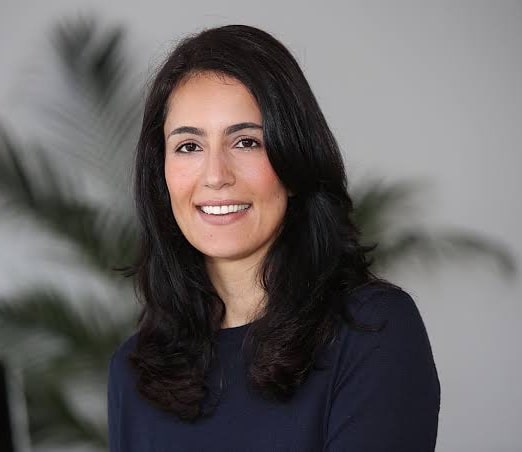 Avid Larizadeh Duggan is an American entrepreneur and venture capitalist. She is a Managing Director at Ontario Teachers Pension Plan Innovation Platform, EMEA, and non-executive director of Barclays Bank UK. After her graduation, she joined eBay on the product management team.

She has also worked in product management at ‘Skype Technologies’. In 2006, Larizadeh Duggan joined Accel Partners in London as an Associate where she focused on software and Internet investments. She co-founded the jewelry and fashion accessories brand ‘Boticca’. In 2014, she joined Google Ventures (now GV) as the only female General Partner. When GV launched its European fund.

She was an investor, director, and advisor to a variety of businesses, mostly in the software and Internet domain, including Kobalt, Lost My Name, Yieldify, Resolution Games, and Breather. In 2017, she was appointed as a non-executive director of ‘Barclays UK’. She was named one of the World Economic Forum’s “Young Global Leaders”. Larizadeh Duggan was named in the list of the 50 most inspiring female entrepreneurs, business leaders, academics, and policymakers from across Europe.

In 2019, she was appointed Honorary Officer of the Order of the British Empire, for services to the economy, business and education. She has been named as one of the most influential European female VCs by Tech. EU and one of the 50 most influential women in UK IT by Computer Weekly. 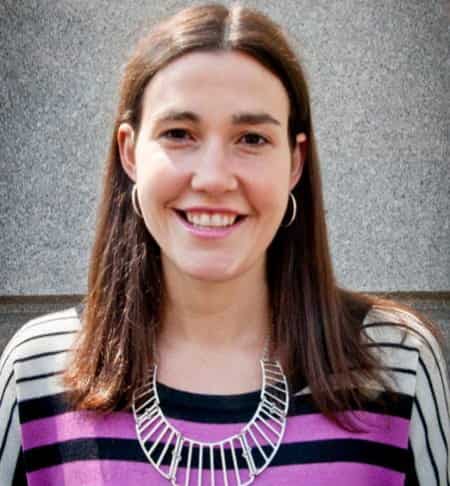 Aria Finger is the former CEO of DoSomething.org and the President of the TMI agency. She attended Washington University in St. Louis. She has graduated in economics and political science. In 2005, she joined DoSomething.org as an associate, working on varied aspects of the organization including running campaigns and business development, obtaining strategic partnerships, and writing web content. She was named the president of DoSomething subsidiary company TMI in 2013.

She was appointed as CEO of DoSomething.org at the end of October 2015. Aria serves as an adjunct professor of nonprofit business management at New York University. She was part of campaigns like ‘Give a Spit About Cancer’, ‘Teens for Jeans’, and ‘Thumb Wars’. 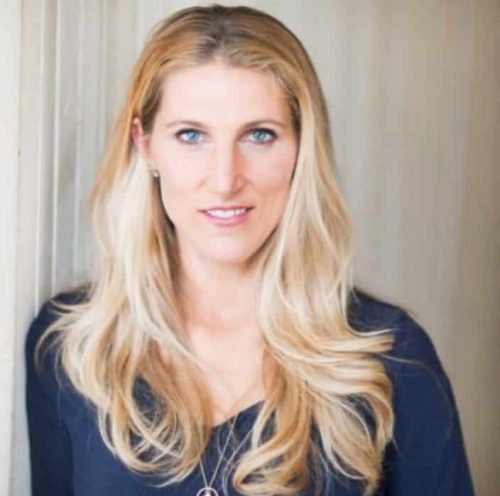 Vanessa Kerry is an American physician, health care administrator, and doctor. She is the founder of the organization ‘Seed Global Health’. Kerry completed her internal medicine residency and critical care fellowship at the Massachusetts General Hospital in Boston.

She has collaborated on projects in Haiti and Rwanda through the Harvard Medical School Department of Global Health and Social Medicine. Kerry is working on public sector partnerships in Uganda through Massachusetts General Hospital and MGH Global Health. In 2011, she started the organization ‘Seed Global Health’. Seed’s flagship program was the Global Health Service Partnership.

The program is currently active in Malawi, Uganda, Sierra Leone, and Zambia. She was featured in ‘Boston Magazine’ for her powerful ideas. She is the Associate Director of Partnerships and Global Initiatives at MGH Global Health and spearheads the program in Global Public Policy and Social Change at the Department of Global Health and Social Medicine. Kerry has spoken at various venues around the US including Aspen Ideas Festival Millennium Campus Network Conferences, TedX Boston, San Diego State University, UCLA, and APHA.