BTS also known as the Bangtan Boys is a South Korean band that was formed in 2010. They debuted under the entertainment company “Big Hit Entertainment”. 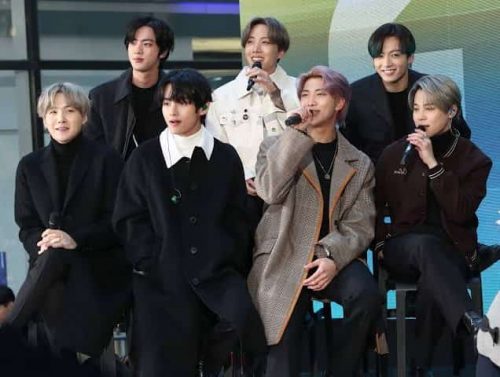 Originally a hip-hop group, their musical style has evolved to include a wide range of genres. Their work also often references literature and psychological concepts and includes an alternative universe storyline.

They did concert tours like ‘The Red Bullet Tour’, ‘Wake Up: Open Your Eyes Japan Tour’, ‘The Most Beautiful Moment in Life On Stage Tour’, ‘The Wings Tour’, and ‘Love Yourself World Tour’. BTS is the first group in history to win Top Song Sales Artist at the Billboard Music Awards and earn five consecutive wins for Top Social Artist. As of 2022, BTS has more than 50 million followers on “TikTok”.