Best WWE Moves That Can Reminisce Your Childhood Memories

Oscar Gutierrez is better known by his ring name ‘Rey Mysterio’. He is widely regarded as one of the most influential wrestlers of all time. 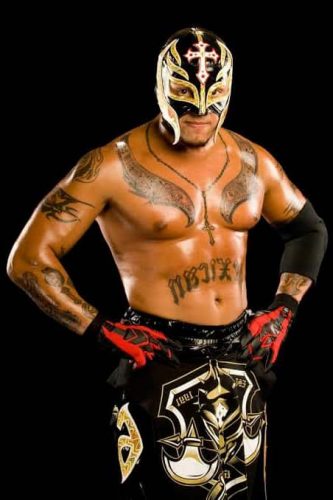 In 1989, he started his professional wrestling career. He was trained by his uncle “Rey Misterio Sr”. In 1991, Mysterio was awarded “Most Improved Wrestler” in Mexico. He signed with Paul Heyman’s “Extreme Championship Wrestling” in 1995.

He made his World Championship Wrestling (WCW) debut on 16 June 1996 at ‘The Great American Bash’. In July at Bash at the Beach, he defeated longtime rival Psicosis in a number one contender’s match to earn another opportunity at the Cruiserweight title.

He won his first Cruiserweight Championship match against ‘Malenko’. He made his first-ever ‘Consejo Mundial de Lucha Libre’ appearance in an eight-man tag team match. Mysterio wrestled a total of 10 matches in CMLL before returning to the United States. In 2004, he formed a tag team with ‘Rob Van Dam’ and went on to win the WWE Tag Team Championship.

He participated in the main event of the Survivor Series. He was part of the 20-man battle royal for the vacant ‘World Heavyweight Championship’. Mysterio was the second entrant in the 2006 Royal Rumble match. He won the match and created a Royal Rumble record by lasting for 62 minutes.

He is the first wrestler to be drafted in the 2008 WWE Draft from the SmackDown brand to the Raw brand. Mysterio participated in the 2009 Royal Rumble match, entering first and spending 49 minutes and 24 seconds in the match, but unfortunately, he was eliminated by ‘Big Show’. He defeated John “Bradshaw” Layfield in the Intercontinental Championship match at ‘WrestleMania 25’. Mysterio won the match in 21 seconds.

At Money in the Bank, he defeated ‘Swagger’ to retain the World Heavyweight Championship. In 2012, Mysterio and Sin Cara entered a tournament to determine the number one contenders for the WWE Tag Team Championship, defeating Primo and Epico in the first round and the Prime Time Players in the semi-finals. He appeared in the film ‘Ready to Rumble’.

Rey Mysterio’s signature move is 619. The signature “619” wrestling move is performed by running towards the rope, grabbing it, and spinning around 180° hitting the wrestler’s face with his legs. Rey Mysterio named his finishing move “The 619” from his area code.