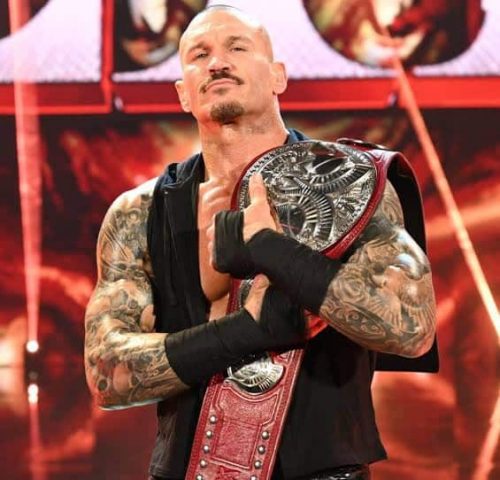 In 2000, he made his wrestling debut at the Mid-Missouri Wrestling Association-Southern Illinois Conference Wrestling (MMWA-SICW) in St. Louis, Missouri. In 2001, he signed a deal with WWF.

On 16 March 2002, he did his first official WWF appearance at WrestleMania X8. But unfortunately, he was defeated by ‘Tommy Dreamer’. In 2004, he became the number one contender for the World Heavyweight Championship after winning a 20-man battle royal. At SummerSlam, he defeated ‘Chris Benoit’ and became the youngest world champion in WWE history at the age of 24.

In the 2006 Royal Rumble match, he was eliminated by the ‘Rey Mysterio’. He was named the number one contender for John Cena’s WWE Championship. Later he joined ‘Edge’ in a tag team known as Rated-RKO. Together they held the World Tag Team Championship.

He gained two WWE Championship reigns in one night, becoming the second-youngest two-time WWE Champion at the age of 27. Orton formed the group “The Legacy” with ‘Cody Rhodes’ and ‘Ted DiBiase Jr’.

In 2016, he joined The Wyatt Family and won the ‘SmackDown Tag Team Championship’ with ‘Bray Wyatt’ and ‘Luke Harper’. He won his first United States Championship in 2018. Orton’s rivalry with fellow wrestler ‘John Cena’ has been recognized as one of the longest and greatest rivalries in WWE history. He has held the WWE Championship 10 times and WWE World Heavyweight Championship four times.

Orton is the winner of the 2013 Money in the Bank ladder match, as well as a two-time Royal Rumble match-winner in 2009 and 2017. He holds the record for wrestling the most PPV matches in WWE history.

Randy Orton’s signature move is RKO. The RKO is a variation of a cutter, this move sees the wrestler jumping towards the opponent and grabbing the opponent’s head while parallel to the ground, and then slamming the opponent’s face on the ground. The full form of RKO is “Randy’s Knock Out”.