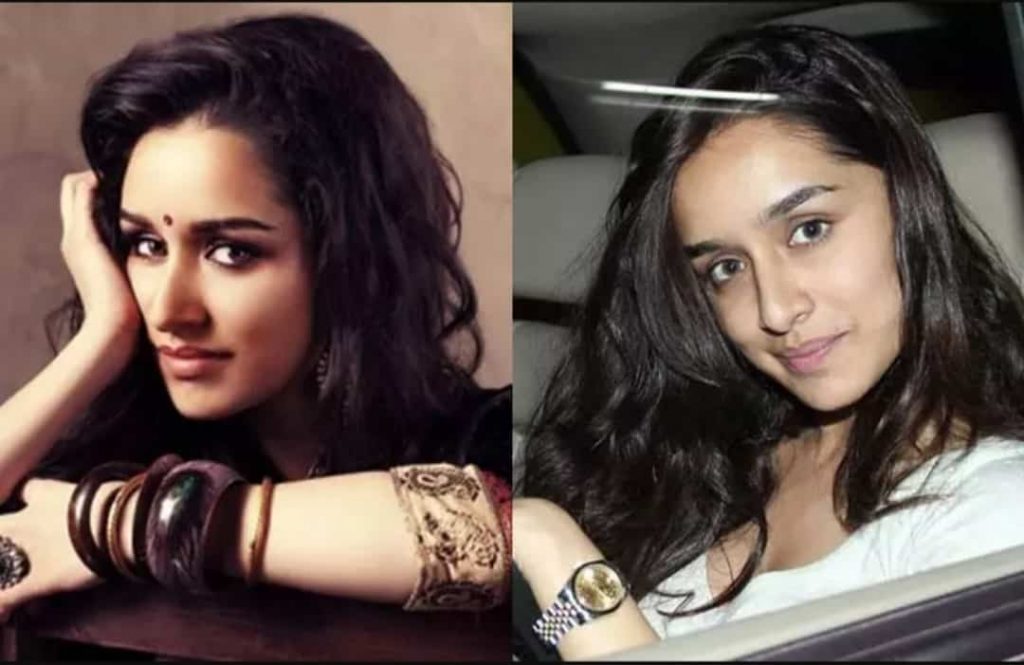 Shraddha Kapoor with and without makeup photo. Shraddha Kapoor is an Indian actress who primarily works in Hindi films. One of India’s highest-paid actresses, she has been featured in Forbes India’s Celebrity 100 list since 2014 and was featured by Forbes Asia in their 30 Under 30 list of 2016.