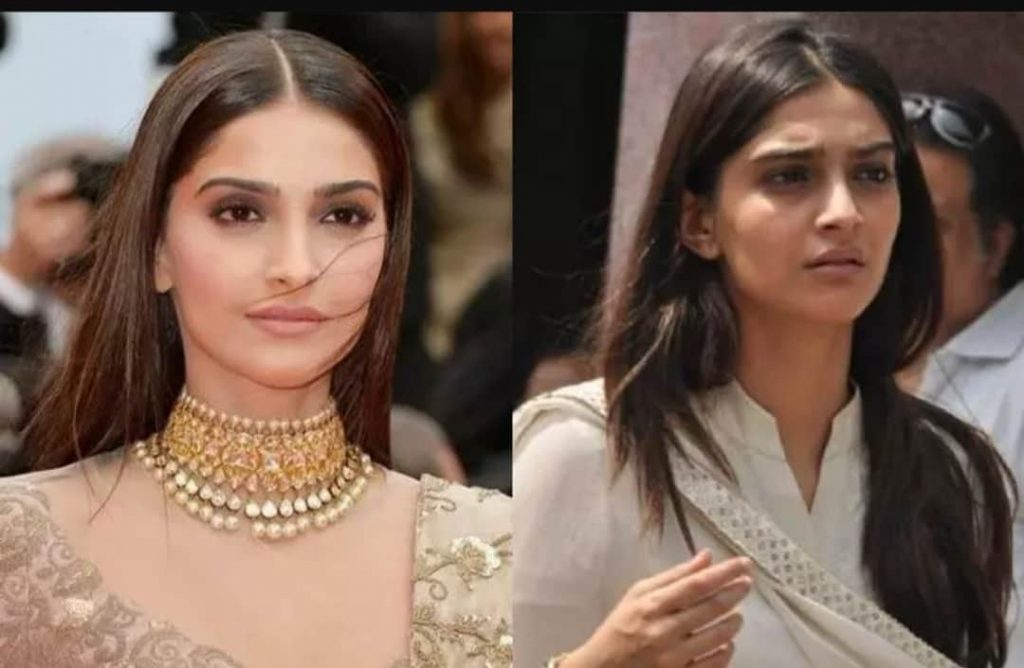 Sonam Kapoor with and without makeup photo. Sonam Kapoor Ahuja is an Indian actress who works in Hindi films. She has won a National Film Award and a Filmfare Award, and from 2012 to 2016, she appeared in Forbes India’s Celebrity 100 list based on her income and popularity.