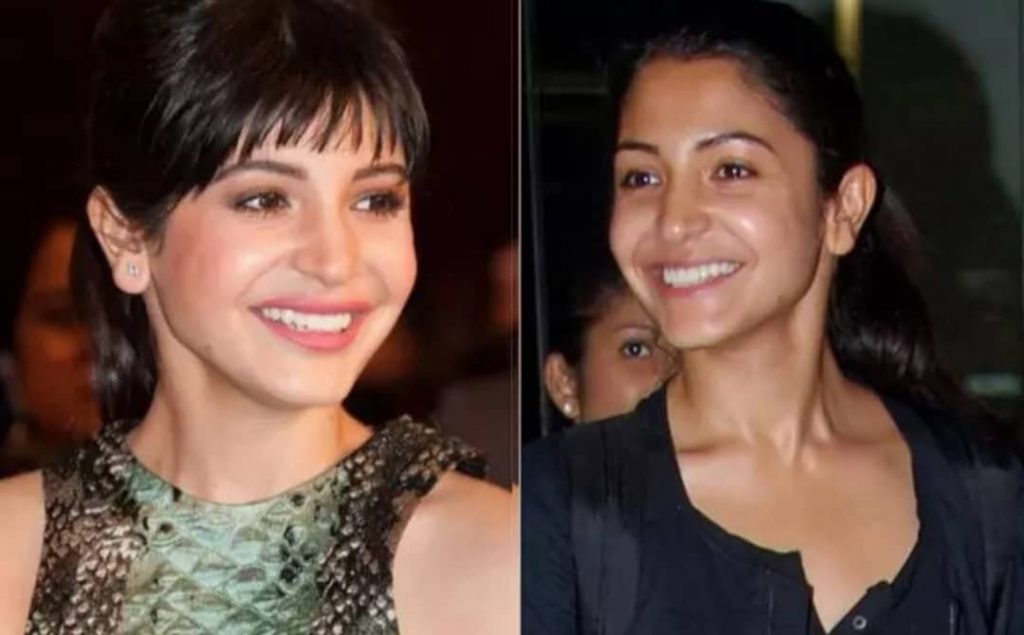 Anushka Sharma with and without makeup photo. Anushka Sharma is an Indian actress and producer who works in Hindi films. She has received several awards, including a Filmfare Award.