15 Most Beautiful Women All Over The World – Emilia Clarke

Emilia Clarke is an English actress. She has worked in the films like ‘Spike Island’, ‘Dom Hemingway’, ‘Terminator Genisys’, and ‘Above Suspicion’. 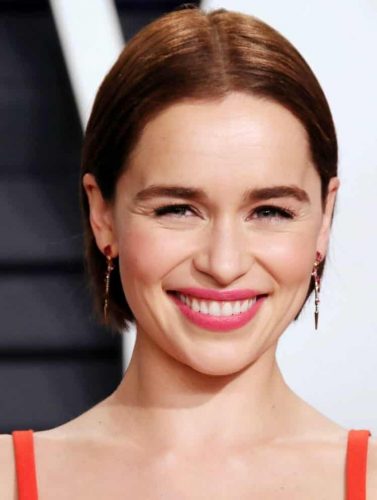 She gave her voice in animated television series like ‘Futurama’, ‘Robot Chicken’, ‘Animals’, and ‘Thunderbirds Are Go’. Emilia was named in the list of 100 most influential people in the world by ‘Time Magazine’. She was the brand ambassador of the Italian luxury fashion house “Dolce & Gabbana”. Cosmetics company ‘Clinique’ announced Emilia as their first global ambassador.

She joined the “SMA UK Trust Team” as their celebrity ambassador. The SMA Trust raises funds for research into spinal muscular atrophy. She played the lead role in the most popular web series ‘Game of Thrones’. She was honored with the ‘Empire Award’ and ‘EWwy Award’ for the web series ‘Game of Thrones’. Emilia has acted in theatre plays like “Breakfast at Tiffany’s”, “Private Lives”, and “The Seagull”. She has also been honored for her charitable work.