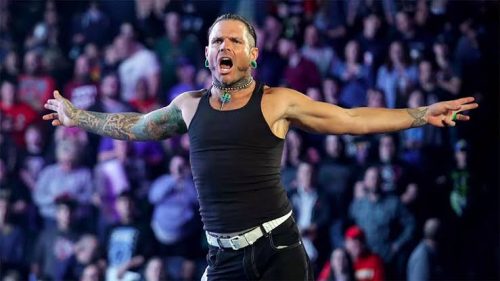 Together with his brother ‘Matt Hardy’ the tag team ‘The Hardy Boyz’ are now widely regarded as one of the greatest tag teams in professional wrestling history. He started his career with the Trampoline Wrestling Federation. Before entering the WWF, Jeff and Matt formed their own wrestling promotion, the Organization of Modern Extreme Grappling Arts (OMEGA) with ‘Thomas Simpson’.

On 23 May 1994, he played his first WWF match against ‘Razor Ramon’. In 1998, the Hardy brothers eventually caught the eyes of the World Wrestling Federation. They won their first WWF Tag Team Championship by defeating the ‘Acolytes’. They competed in the first-ever tag team triple threat ladder match against The Dudley Boyz, and Edge & Christian at WrestleMania 2000. He gained attention for his high-risk stunts in the TLC matches, such as doing Swanton Bomb frontflips from the top steps of 10 and 20-foot high ladder.

Jeff Hardy’s signature move is Swanton Bomb. He has been known as a high flyer. One of his most memorable moments is when he hit the Swanton Bomb on ‘Bubba Ray Dudley’ at WrestleMania 2000 through multiple tables.