Sangeeta Bijlani is an Indian former Bollywood actress. At the age of 16, she started her modeling career. 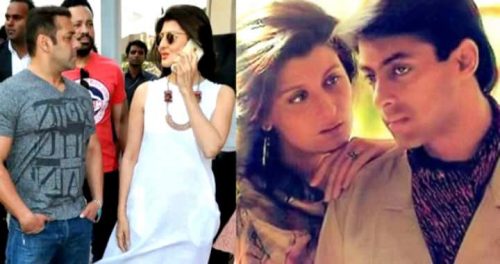 She was seen in the commercials like Nirma and Pond’s soap. Sangeeta represented India at the Miss Universe pageant in Seoul, South Korea. Where she won the ‘Best National Costume Award’ designed by her mother ‘Poonam Bijlani’. She made her Bollywood debut with the film ‘Qatil’.

She has worked in the films like ‘Khoon Ka Karz’, ‘Lakshmanrekha’, ‘Tahqiqaat’, and ‘Nirbhay’. Sangeeta was crowned ‘Miss India Universe Title’. Her debut Kannada film was ‘Police Matthu Dada’. She was nominated for the ‘Filmfare Award’ in the category of best-supporting actress for the film ‘Jurm’.

She was one of the three female leads in the film ‘Tridev’. She has worked with famous directors and producers like ‘Mahesh Bhatt’, ‘Mukul Anand’, and ‘J.P. Dutta’. Sangeeta did a guest appearance on the dance reality show ‘Super Dancer’. She has produced the television series ‘Hasna Mat’. She has been featured on the cover page of various top magazines.

Salman Khan and Sangeeta Bijlani were in a relationship for a few years. Sangeeta is still close to the Khan family and was even spotted at Salman Khan’s sister Arpita Khan’s wedding. Salman Khan once said that he and Sangeeta were very close to getting married but unfortunately, it didn’t work out.