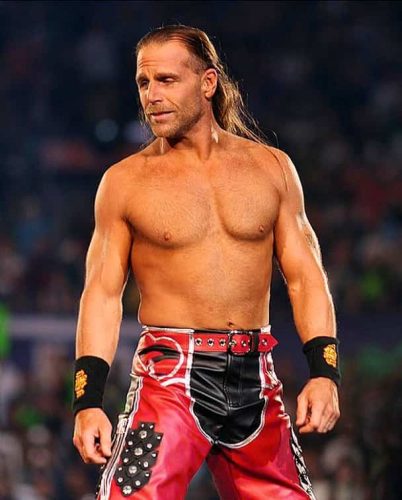 He is widely regarded as one of the greatest professional wrestlers of all time. He has trained under Mexican professional wrestler ‘Jose Lothario’. In 1985, he debuted for World Class Championship Wrestling (WCCW), the NWA territory in Dallas, Texas. At the age of 20, he made his national-level debut in the American Wrestling Association.

He was part of the Tag Team ‘The Midnight Rockers’. Michaels won the ‘AWA World Tag Team Championship’. At WrestleMania VIII, he defeated ‘Tito Santana’. In 1992, he adopted the nickname “The Heartbreak Kid”. He became a contender for the promotion’s singles titles but unfortunately failed to win the WWF Championship.

His match against “Razor Ramon” received a five-star rating from Wrestling Observer Newsletter editor ‘Dave Meltzer’. In 1995, he went on to win the Royal Rumble. He was the leader of a backstage group known as ‘The Kliq’. At WrestleMania XII, he defeated WWF Champion ‘Bret Hart’ in the ‘Iron Man match’.

He is also a two-time Royal Rumble winner. He has won ‘WWF Triple Crown Champion’. He won the Pro Wrestling Illustrated “Match of the Year” reader vote a record eleven times. His match against ‘John Cena’ was ranked as the best match ever by WWE.

Shawn Michaels signature move is the Superkick, AKA Sweet Chin Music. After an elbow from the top rope, Shawn sets up for his kick by engaging the crowd with every stomp of his foot.