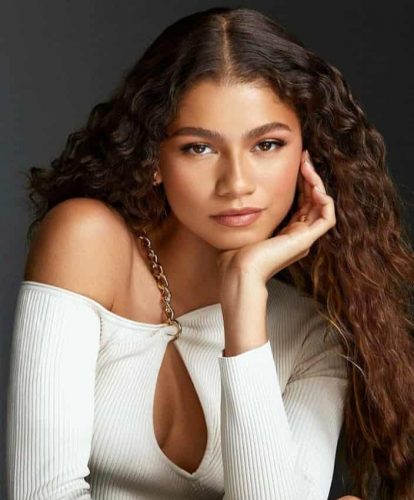 Zendaya is an American actress and singer. She started her career as a child model and backup dancer. Her debut television series is ‘Shake It Up’. She has worked in the films like ‘Spider-Man: Far from Home’, ‘Dune’, and ‘Spider-Man: No Way Home’. Zendaya was seen in the music videos like ‘Swag It Out’, ‘Contagious Love’, and ‘Neverland’. She gave her voice in the television series ‘Pixie Hollow Games’.

She played the lead role and also was the executive producer of the television series ‘Euphoria’. Zendaya acted in theatre plays like ‘Richard III’ and ‘As You Like It’. She signed with Hollywood Records and released her debut single “Replay” which reached the top 40 on the U.S. Billboard Hot 100 chart. Her biggest commercial success as a musician came with her “Zac Efron” collaboration, “Rewrite the Stars” from ‘The Greatest Showman Soundtrack’ in 2018. The single reached the top 20 of several record charts and has received multi-platinum sales certifications globally. She was honored with ‘Teen Choice Award’ for the film ‘Spider-Man: Far from Home’. In 2022, Time magazine named her one of the 100 most influential people in the world.

Zendaya is dating the famous actor ‘Tom Holland’. She came into the headlines after a Twitter trend “Zendaya Pregnant”. Everyone must be wondering if it’s true. Twitter is currently flooded with reactions to the news. It all started after a fake TikTok video went viral on the internet. The video showed that Zendaya has posted a pregnant ultrasound post on her Instagram account.