Katrina Kaif is a British actress. She started her acting career with the film ‘Boom’. At age of 14, she won a beauty contest in Hawaii and received her first modeling assignment in a jewelry campaign. 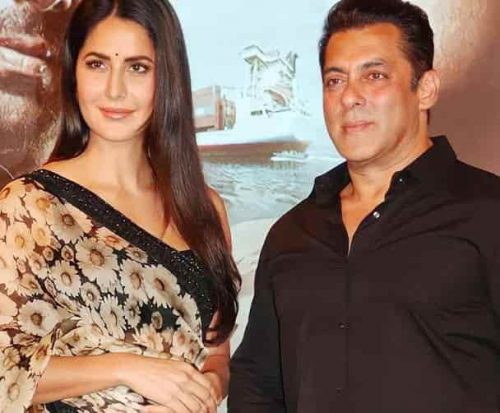 She has walked on the ramp for the fashion designer ‘Rohit Bal’ at the ‘India Fashion Week’. Katrina appeared in the ‘Kingfisher Calendar’. She has endorsed brands like Samsung, Coca-Cola, LG, and Fevicol. She has worked in the films like ‘Welcome’, ‘Dhoom 3’, ‘Bang Bang!’, ‘Tiger Zinda Hai’, and ‘Bharat’.

Katrina was nominated for the ‘Filmfare Award’ in the category of Best Actress for the film ‘New York’ and ‘Mere Brother Ki Dulhan’. She did a cameo role in India’s first underwater thriller film ‘Blue’. Her film ‘Dhoom 3’ is one of the highest-grossing Indian films. She performed a popular item number titled “Sheila Ki Jawani”. In 2019, she launched her cosmetic line “Kay Beauty”.

She supports various causes and charitable organizations. She is actively involved with Relief Projects India, a charitable trust run by her mother. Katrina was named the ‘Most Desirable Woman’ by ‘The Times of India’. She was awarded the ‘Stardust Award’ for the film ‘New York’ and ‘Ajab Prem Ki Ghazab Kahani’.

Katrina was invited as one of the speakers at the 2016 WeUnite conference, an event organized by UN Women as part of their Orange the World initiative for gender equality and women’s empowerment. She is a celebrity spokesperson for a number of brands including Lux, Slice, Nakshatra, Panasonic, Lakmé, and L’Oreal.

Salman Khan and Katrina Kaif never admitted that they were in a relationship but it was the most popular love story in Bollywood Industry. Salman has helped Katrina in her Bollywood career. She has given credit to Salman for giving her confidence and guidance.