Iulia Vantur is a Romanian actress, model, and TV presenter. She started her career as a model. She has walked on the ramp for top fashion designers. Iulia has worked as a modeling instructor. At the age of 19, she started working as a TV presenter. 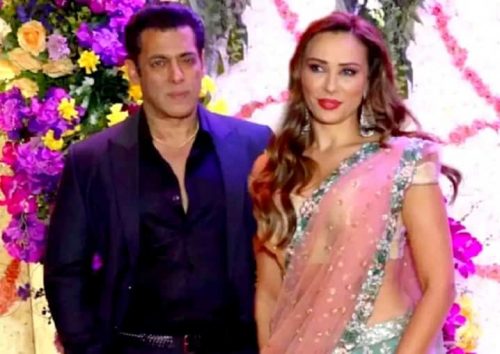 Iulia was seen in the song ‘Umbakkum’ from the film ‘O Teri’. She was the co-anchor of the TV show ‘Dancing with the Stars’ alongside ‘Stefan Bianca Jr’. Iulia has been featured on the cover page of various top magazines. She has worked with the actor ‘Jimmy Shergill’. She was awarded the ‘TV Mania Award’.

Salman Khan met Iulia in Romania. Where he was going to an event for the film ‘Jai Ho’. The two had spent some time together and had bonded well. After that, Salman and Iulia stayed in touch even after he had returned from Romania. Now, she is a part of the Bollywood and Khan family. Salman Khan and Iulia Vantur’s marriage has been the talk of the town. But both have not revealed that they are dating each other.