Groucho Marx was an American comedian, actor, writer, stage, film, radio, television star, and vaudeville performer. He is generally considered to have been a master of quick wit and one of the greatest comedians. 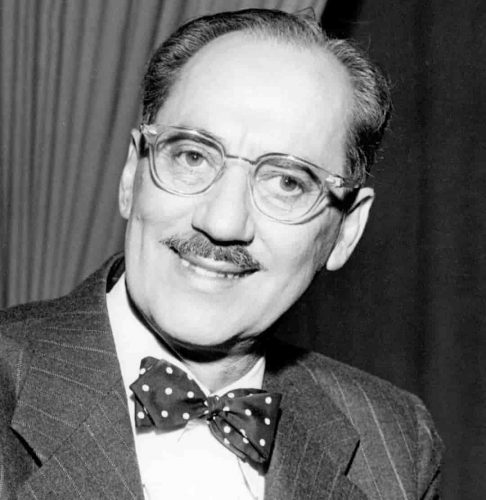 Groucho has worked in the films like ‘The Cocoanuts’, ‘Animal Crackers’, ‘Monkey Business’, and ‘Horse Feathers’. He is the author of the book ‘Memoirs Of A Mangy Lover’. He was awarded the ‘Academy Honorary Award’.

Groucho Marx’s last words were “Die My Dear? Why That’s The Last Thing I’ll Do”.