Gisele Bundchen is a Brazilian fashion model. She was rejected 42 times in London before being cast in an Alexander McQueen runway show in 1998. 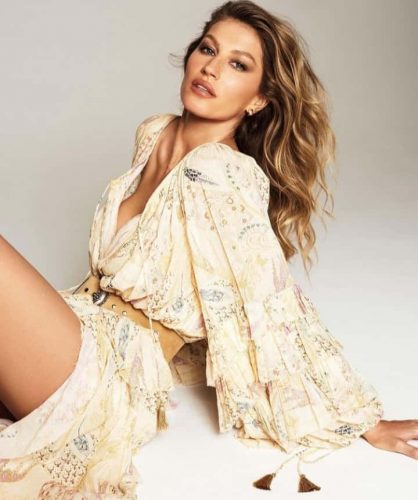 She has posed for ‘Dolce & Gabbana’, ‘Valentino’, and ‘Versace’ campaigns. Gisele has been featured on the cover page of ‘Vogue Magazine’. Later she appeared on 37 international Vogue covers, including three in the American edition. She has walked on the ramp for top fashion designers like ‘Marc Jacobs’ and ‘Michael Kors’. Gisele has also supported the ‘Breast Cancer Campaign’ to educate women on how to perform a breast self-exam.

She is the Goodwill Ambassador for the United Nations Environment Programme. She was named in the Forbes list of the World’s 100 Most Powerful Women. Gisele has worked in the films like ‘Taxi’ and ‘The Devil Wears Prada’. She was seen in the television series ‘The O.C’. In 2016, she appeared at the ‘Maracana Stadium’ for the opening ceremony of the Summer Olympics in Rio de Janeiro. She was the spokeswoman for the perfume brand ‘Chanel No. 5’. Gisele is one of the highest-paid models in the world. She has appeared in more than 700 ad campaigns, 3000 magazine covers, 4500 magazine editorials, and 1000 fashion shows. She is the author of the book “Lessons: My Path to a Meaningful Life”. 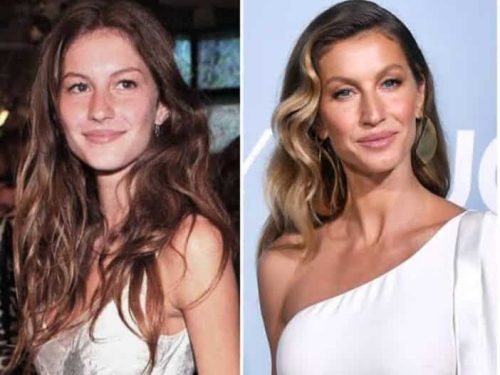 Gisele Bundchen said that it was the most upsetting decision of her life for doing plastic surgery.