What Happened To Toby Keith 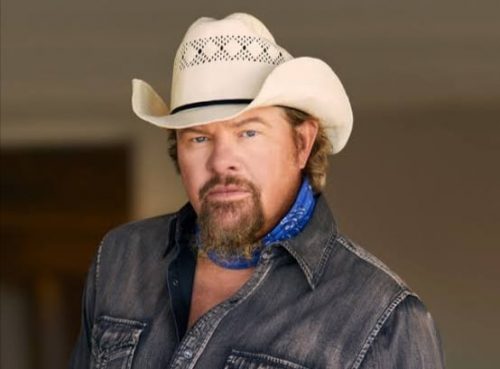 Toby Keith is a songwriter, actor, and record producer. He released his first four studio albums in 1993. His song “Should’ve Been a Cowboy” was the most-played country song of the 90s and it reached number 93 on the Billboard Hot 100 chart. He has released 19 studio albums, 2 Christmas albums, and 5 compilation albums, totaling worldwide sales of over 40 million albums.

The song ‘How Do You Like Me Now?’ was at number 1 for five weeks on the country charts and was the top country song of 2000. Toby released ‘She Never Cried in Front of Me’ which went to number 1 in 2008. He has performed in a series of television advertisements for Telecom USA. Keith wrote and starred in the movie “Beer for My Horses”. In 2011, he launched a new drink named “Wild Shot”.

He was featured on the cover page of ‘Forbes Magazine’ with the caption “Country Music’s $500 million man”. He supports ‘Ally’s House’ a non-profit organization in Oklahoma designed to aid children with cancer. Toby said this is a special charity to me. I saw how can a child’s cancer diagnosis can devastate a family. Please join me in supporting these kids through ‘Ally’s House’. We’re gonna make it better for the kids. He was honored with the “National Medal of Arts” by President “Donald Trump”.

Toby Keith revealed that he has been undergoing treatment for stomach cancer and has been receiving treatment. He also said that “I am looking forward to spending this time with my family. But I will see the fans sooner than later. I can’t wait”.